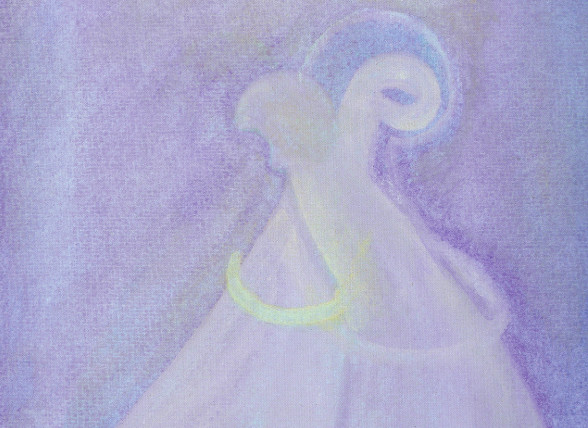 The Mother – not a Guru

Mother Meera is a spiritual personality, a mystic, a saint, who does not conform to the conventional model of a Guru, or spiritual, enlightened master, surrounded by disciples. There are no advanced courses, no secret initiations, no hierarchy of disciples, no promises of enlightenment. She does not represent an ancient tradition or lineage her devotees are expected to follow. She gives no formal teaching or complex spiritual disciplines and she makes no demands. She is the ultimate Mother, always ready for anyone needing her help or blessing, entirely loving, caring and non-judgmental.

One of the sweetest and nearest forms that God assumes to reach out to us is that of the Holy Mother. The Divine Mother represents the dynamic aspect of the Godhead, transmitting God’s Will, Mercy and Grace. The notion of God as Mother may be unusual in the West, but in the East it is an age-old way to regard and relate to the Divine – especially in India, where God is conceived as being both with and without form. God is known as both transcendent and immanent, being above and beyond everything but also radically free to manifest eternally within all the myriad forms of the whole of Creation.

Mother Meera a living embodiment of the Divine Mother. She manifests not only as the ideal feminine aspect of the Divine with whom we can connect through worship, prayer and meditation, but also and most astoundingly as fully human beings, living women among us who are visitations of the Divine. The descent of a deity to the earth in an incarnate form is known as an ‘Avatar’. (Sanskrit: lit. ‘coming down’, ‘descent’)

As Mother, she accepts everybody to her Darshan, not to instruct or to impose techniques of enlightenment but simply to give whatever is required and appropriate for each individual. Through her own Divine radiance she bestows a Light that helps and guides us – no matter what religion or spiritual path we may be following. As a living embodiment of the Divine Mother she can transform any aspirant simply by a look.

The realized is like a child at peace in the womb of the Mother, knowing he is sustained at every moment by the grace and Light of the Divine Mother. ~ Mother Meera (more quotes >>)

Saturday, 10 September, 2016
X
We use cookies to ensure that we give you the best experience on our website. If you continue to use this site we will assume that you are happy with it.Ok